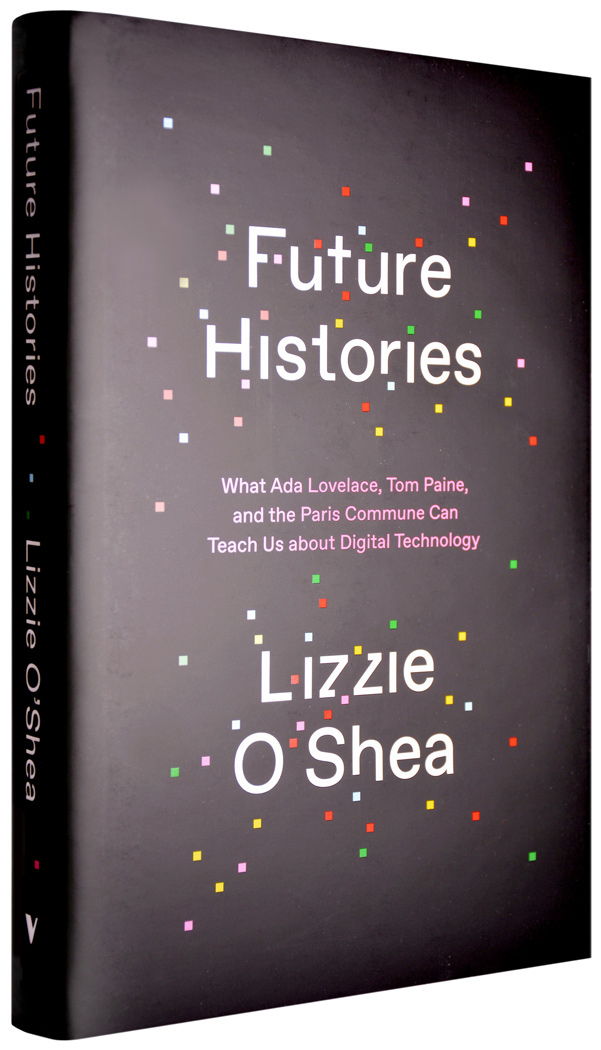 My book reviewed by E&T:

Public interest lawyer Lizzie O’Shea makes the case for learning from our past to mould a progressive and democratic digital future.

Digital technologies have already reshaped the world and continue to do so at a pace that makes it a challenge to keep up and even harder to direct. However, O’Shea argues, digital technology is not a pure “force of nature”, but something we may be able to bring under control to build a more democratic future for ourselves.

Many other commentators have taken turns to paint grim pictures of where advances in digital technology driven by capitalism have led us. O’Shea describes Facebook’s profiteering from political polarisation and social division, the wilful political censorship at the hands of tech corporations butting into new markets (often China), the commercialised cyber space populated by “cyber vampire squid” sucking all our data from us and partnering with law enforcement agencies to control and predict our behaviour online, while presenting the experience as fun or even empowering.

“Rather than building connections, let alone a genuinely public space in which people can communicate collectively or buy and sell in the marketplace on equal terms, the companies that profit from the data boom are breaking these spaces down. Data is centralised, with the effect of creating specific and segmented populations based on demographics,” she writes.

In particular, readers may find joy in O’Shea’s roasting of the affluent, male-led technology companies failing to serve the needs of diverse populations while claiming that their products make world a better place. Of course, digital technology cannot be tools to create a more democratic world when power is held by these “tech capitalists and political elites”.

O’Shea calls on readers to learn from past philosophies and experiences. Freudian thinking could help us establish a sense of identity separate from the consumer identity etched from our data by online advertisers, while West Indian polymath Frantz Fanon’s descriptions of Algerians reclaiming radio to use as a tool of expression rather than oppression could inspire us to reclaim digital technologies to empower rather than manipulate us. O’Shea even discusses how IBM once worked with computer enthusiasts to develop its software in a transparent and egalitarian process, which turned out well thought-out software which truly met the needs of the market.

When discussing digital technologies – particularly social media – and democracy, it is easy to fall into the trap of only considering major democratic events: elections and referendums. O’Shea makes the point that building a more democratic future also requires transparent and accountable public spaces. To build these, new digital infrastructure must be publicly owned to avoid being compromised by corporate interests. Consider, for instance, the ‘free’ public Wi-Fi hotspots in wealthy cities paid for in personal data. Die-hard capitalists may be convinced that these public schemes are doomed to fail, but just look at the municipal fibre-optic broadband service recently established in Chattanooga, Tennessee: the fastest service in the US. O’Shea is always prepared with a convincing real-world example like this to back up her arguments, which could have otherwise come across as a spaghetti bowl of abstract, left-leaning academic thought.

Tackling such a wide and ambitious subject as our digital future inevitably requires Future Histories to spring quickly over weighty subjects: each chapter could be its own doorstopper of a text. Her proposals for how control of our digital futures could be restored to the people (including data sovereignty, free access to important data such as pharmaceutical research, and guaranteed paid work with flexible definitions of work) – while not strictly original – are mostly realistic and presented as part of a coherent and optimistic narrative.

Future Histories is not the first book I would recommend for those who are entirely unfamiliar with the societal challenges presented by digital technologies, but it is a thought-provoking text for readers looking to approach the subject from a well-informed, more academic perspective.