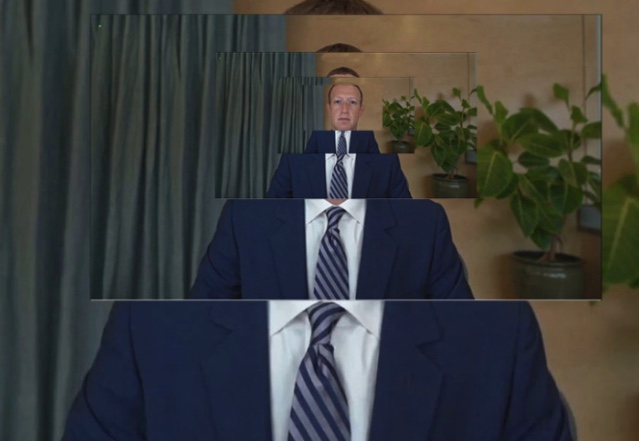 This election has come at a critical moment for the elite of Silicon Valley. In July, the CEOs of the big four tech companies gave evidence before the House Judiciary Committee investigating breaches of antitrust law. Since then, the Committee released their 449 page report which made an array of recommendations, including greater restrictions on mergers and stronger regulation of platforms when acting as marketplaces. Various CEOs have since given even more evidence in further hearings before the Senate Committee on Commerce, Science, and Transportation to discuss content moderation. To top it off, Google was sued by the Department of Justice for anticompetitive conduct.

It has been clear for some time that it’s a matter of not if, but when regulatory reform will come about. It’s a critical moment for the public, during which the contours of our social and political digital spaces will be set possibly for generations to come. The day of reckoning for the tech industry is an opportunity, but who will get to take it?

Tech bosses have been preparing for this moment for a while now. It seems quaint, but it’s worth remembering that in 2016, Mark Zuckerberg reacted with bemusement when presented with the idea that his platform had somehow influenced the election. “I think [it] is a pretty crazy idea,” he said, “voters make decisions based on their lived experience” (as though a highly curated news feed somehow fails to qualify as lived experience). But by March 2019, Zuckerberg had done an about turn, and indeed was on the front foot. “The internet needs new rules. Let’s start in these four areas,” was the title of his op-ed for the Washington Post. Meanwhile, Google developed its own AI Ethics board to monitor its use of artificial intelligence. Facebook set up an internal Oversight Board to review take-down decisions, a kind of internal court that works to avoid the need for such decisions being made by a real court. Both Twitter and Facebook were more open than ever about how they planned manage content during the course of the 2020 US election.

Those who lead tech companies are ill-qualified to contend with the politically difficult and philosophically complex questions posed by their business model.

But these initiatives have not always gone smoothly. Google’s AI board was shut down amid external criticism and internal strife, all in less than a week from it being set up. Facebook’s Oversight Board has been subject to attack by critics, who have formed a fake Oversight Board calling itself the Real Oversight Board (keep up). Initiatives to manage disinformation associated with the election have had mixed results, according to observers.

Self-regulation can be very difficult to pull off effectively at the best of times, but there is a growing sense that these companies are perhaps less concerned with the public interest, and more concerned about containing the regulatory impulse. More than this, it increasingly is clear that those who lead these companies are ill-qualified to contend with the politically difficult and philosophically complex questions posed by their business model.

Public debates about the problems of social media have often proven unedifying when set against a backdrop that doesn’t conform to traditional partisan positions. Under the Obama administration, there was a strong relationship between Democrats and the tech industry. And the upbeat, self-actualizing brand of capitalism emanating from California has had irresistible appeal for liberals who prefer technocratic approaches to problem-solving over the messier alternatives emanating from social movements. In 2016, with the election of Trump, this translated into a migration west, with many Obama staffers going on to occupy leadership roles in Silicon Valley. So while Democrats have raised the prospect of regulating big tech in recent times, key voices in the center have been effective at resisting calls for ambitious reform.

Meanwhile, the party that is supposed to represent big business doesn’t actually seem to like these big businesses. Conservative lawmakers have railed against the anti-conservative bias of Facebook for a while now (which turns out to be a well-documented piece of fake news itself). But many conservatives have also been making some pretty good points about the power of big tech. It was Senator Ted Cruz who ripped apart Jack Dorsey last month for his haughty indifference to the power centralized in Twitter. Dorsey directly denied Twitter had the power to influence elections, a response that seems internally incoherent given the modifications the platform adopted in the lead up to the vote and subsequent count. Senator Cruz is now calling these platforms, not entirely without basis, “the single greatest threat to free speech in America.”

A by-product of the center-left’s reluctance to contend with the political implications that flow from the power concentrated in tech companies, therefore, is that conservatives have been able to step into the fray and articulate the problem on their own terms. As Jathan Sadowski correctly pointed out in response to Senator Cruz’s grandstanding: “This is what happens when all those people—who for years have been posing strong leftist critiques of ‘Silicon Valley Oligarchs’ and pushing for strong leftist policies to rein in their power—are ignored. Right-wing nationalists step in to do it their way, for their purposes.”

Under the Biden administration, we need to make sure that the discussion about regulating big tech is not kneecapped by certain Democrats who have been too generous to the tech sector for too long. Tech giants have spent half a billion dollars on lobbying over the last decade, so we’re unfortunately at something of a standing start. It’s appalling that Biden seems to be seriously entertaining Meg Whitman for a cabinet role, a former Republican who made her billions in tech and has the history of failure and personal vanity to prove it. Worse, Biden’s recently announced transition team includes executives from Amazon, Salesforce, and Sidewalk Labs (owned by Alphabet). Staffers from Uber and Lyft are there, too. Fresh off the back of their success with Prop 22, these companies are well-placed to roll out their policy aspirations across the nation. Martha Gimbel is also on the list, from Schmidt Futures, the philanthropic initiative started by Eric Schmidt and his wife. Reports suggest that Schmidt himself may end up leading a technology task force in the White House. (Not all tech CEOs enjoy such patronage: Mark Zuckerberg particularly is in the bad books.) If Biden intends to run his administration as a third Obama term, we can expect that big tech will find numerous friends to do their bidding.

If Biden intends to run his administration as a third Obama term, we can expect that big tech will find numerous friends to do their bidding.

Of course, there is another section of the Democratic party that is gaining in influence and which has focused on antitrust. In March 2019, when Zuckerberg was talking about his plans to self-regulate in the Washington Post, Senator Elizabeth Warren was talking about the need to break up companies like his. Senator Warren is an obvious choice for the Biden cabinet, but she may be facing an uphill battle. With Democratic control of the Senate looking unlikely, these decisions gain importance. There is something to the argument, as Zephyr Teachout put it, that we need to “start thinking about the FTC as a central site of democratic politics.” In her recent book calling for the breakup of these companies, Break ’Em Up: Recovering Our Freedom from Big Ag, Big Tech, and Big Money, Teachout argues that the risk “is not that government won’t act, but that it will act just enough to make it look like it is doing something, but not enough to break up big tech’s power.”

It’s important to note that updating antitrust rules for the digital age is not a total solution, and such a strategy has its own limitations. Stronger antitrust policy is no substitute for better laws that directly protect privacy, which would undermine business models that are based on data extraction as well as the capacity for government surveillance. Moreover, breaking up big companies can work to preserve certain forms of commerce that remain exploitative of workers, or to avoid policies that require public investment in digital infrastructure, or alternatives like socialization or nationalization. Many antitrust thinkers idealize small business and tend to harbor nostalgic visions about the importance of markets. But there is a case to be made that scale and centralization bring about efficiencies and the potential for economic planning, both of which could be oriented toward the common good through public ownership. Regardless: this is the debate we should be aiming to have, instead of the technological utopianism that has justified the pro-corporate approach of establishment Democrats before now.

An aggressive rewriting and enforcement of the rules of antitrust is just one part of the agenda for progressives to embrace if we are to use this moment to reclaim digital spaces for people, not profit. We need to think expansively about de-merging platforms and preventing the vertical integration of markets, but also reforming rules around data mining and the sharing of personal information. We ought to listen to workers in the tech industry, who have been raising concerns about their employers for years, and improve the rights of those working in the gig economy. We ought to organize and agitate about the clear need for investment in public infrastructure to support alternatives to centralized social media platforms. We need to find ways for government to use procurement powers to support open-source software. With a diverse array of voices, we have the chance to cast judgement against the predatory business models in the tech sector, not simply allow those who have profited from them to shape our future.