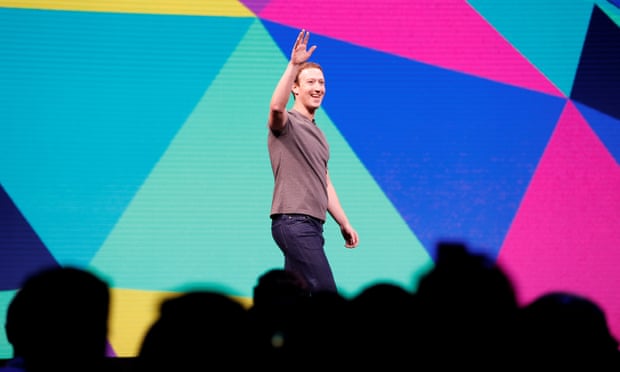 Workers in the US tech sector are organising. They, not their billionaire bosses, provide hope that technology will improve the lives of the many

De-industrialisation and the Reagan-Thatcher years made trade unions seem like a 20th-century artefact. But evidence of a revival in workplace organising can be found in one of the most modern corners of the global economy: the US technology sector.

After the election of Donald Trump, thousands of technology workers signed a pledge against building government databases for targeting individuals based on race, religion, or national origin. The effect was immediate, with numerous companies publicly declaring they would not cooperate with such a policy. Tech workers organised a protest outside Palantir, the data analytics company that received seed funding from the CIA and boasts Trump-supporting billionaire Peter Thiel as a founder and board member.

Organised workers also have a vital role to play in holding their bosses politically accountable
Such activists have a more nuanced understanding about the role of technology in the modern world than many of their bosses. They also comprehend their industry’s power to influence public policy. And their ranks are growing. The Tech Workers Coalition has become one focal point for radical politics in Silicon Valley. Established in 2015, it is part of a broader activist movement. “We want to give a voice to tech workers as a separate entity from their companies and their corporate PR, as often rank-and-file ‘techies’ are lumped in with the CEOs and entrepreneurs of the industry,” says an organiser with the coalition, Ares Geovanos.

Tech workers in Silicon Valley are not all elite graduates with high salaries – many struggle with cost of living issues that lead them to identify with more traditional sectors of the working class. Discrimination crops up repeatedly as an issue, particularly in relation to gender, with Google facing a lawsuit from former employees alleging disparities in pay and opportunities for women, as well as an ongoing investigation by the Department of Labor.

Relatively few US tech sector employers provide parental leave, sick leave and job security. These are bread-and-butter issues for unions, so it is no surprise that the work of organising labour has gained a new relevance. The coalition aims to organise not just engineers, but also collaborate with service and manufacturing workers associated with the industry, some of them going through unionisation processes themselves.

This is not a movement that is confined to the US either. India has seen the flourishing of worker radicalism in the wake of recent layoffs in its technology industry. The New Democratic Labour Front (NDLF) has been organising itself among technology workers for 15 years, and recently formed an IT employees’ wing. In Brazil an organisation called Infoproletários is growing, while the UK union Prospect says one of the benefits of its merger with broadcasting union Bectu was the opportunity to bring together digital workers in the creative industries with those in other sectors.

S Kumar, a representative from the NDLF, notes that in sticking with traditional approaches to organising, many trade unions have failed to make inroads into sectors such as information technology. He argues that the NDLF is different, because of the emphasis it places on education.

This is especially important in an era in which a number of technology capitalism heavyweights are looking to impose themselves on other segments of society. Seemingly restless running a platform used by billions, Facebook’s Mark Zuckerberg has been conducting a tour of America that looks remarkably like a campaign for office. Tech billionaires are donating liberally to both sides of politics in the US, in defiance of the traditional perception of Silicon Valley as left-leaning. Thiel is well-known for his political activities, but he is not the only one: Trump’s now-disbanded advisory councils boasted numerous tech chief executives, including founder of SpaceX and Tesla, Elon Musk, and Michael Dell from Dell Technologies. Sam Altman, wealthy entrepreneur and investor, has announced a plan to fund a team in the next Californian elections. “My heart is on the left, but I’m a pragmatist,” says Altman, who had said he is willing to work with both Republicans and Democrats.

While the primary role of unions has always been to fight for the rights of their members, organised workers also have a vital role to play in holding their bosses politically accountable. At a moment when hints of Zuckerberg’s ambitions are met with breathless excitement, tech workers are some of the best-placed people to offer a critical account of how their industry works – and how its most senior figures might adapt to politics. They are adept too at undercutting the idea that we should look to tech entrepreneurs to solve social problems.

“Humanity faces actual existential threats right now, like massive inequality or global warming, and these guys aren’t going to innovate us out of them,” says Geovanos of the Tech Workers Coalition. Technological development has made a small group of people incredibly wealthy. More power for workers, rather than billionaires, offers us the best chance for a future in which technology improves the lives of the many, rather than the few.