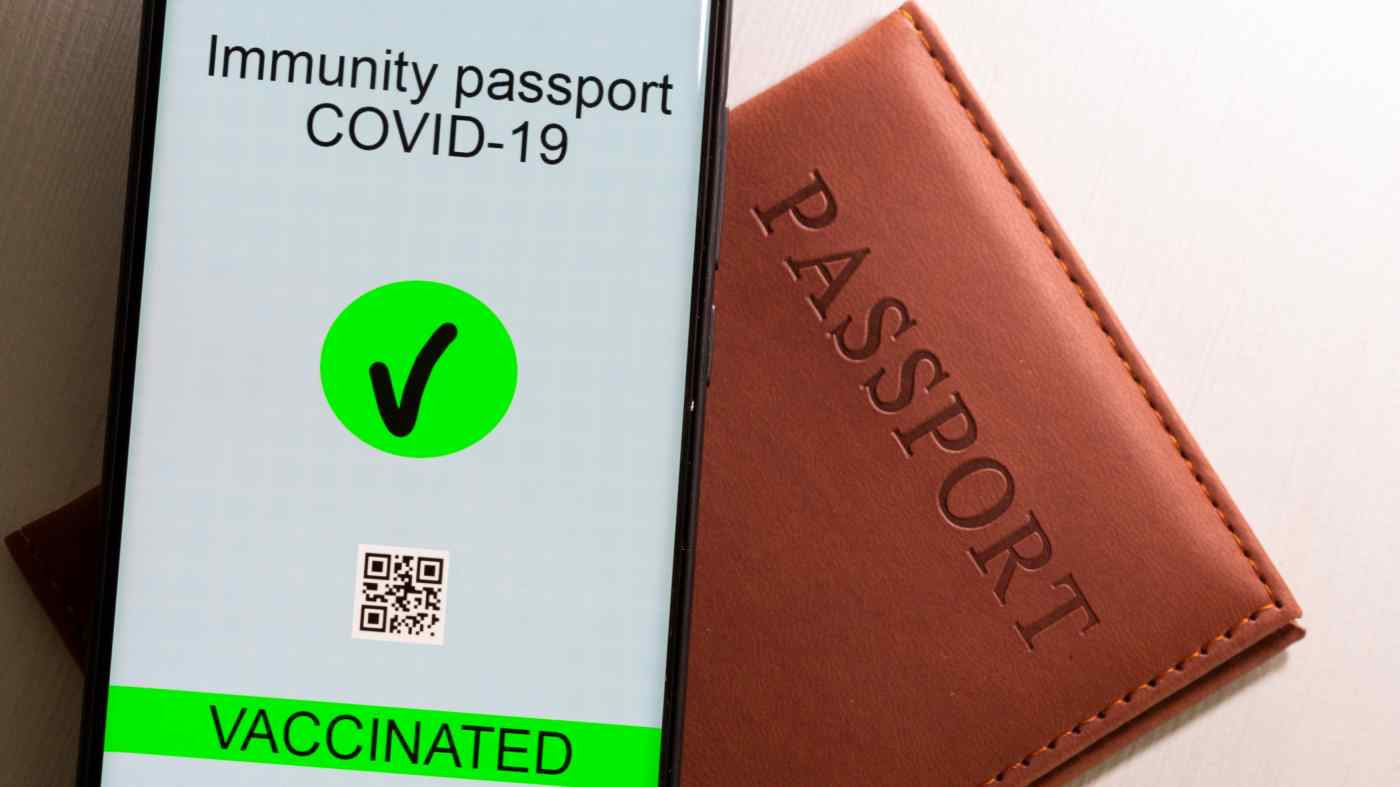 Just over a year ago, international borders closed as part of the unprecedented emergency response to the pandemic.

Governments began to experiment with technological solutions to managing the movement of people, specifically at borders, but also more broadly for the purposes of contact tracing and enforcing social distancing rules. Since then, we have witnessed the rapid acceleration of the militarization of border policing in the name of profit.

The idea of vaccine passports is the logical next step. They have been floated in various ways, and the concept can mean different things.

Many people are familiar with the paper-based schemes that already exist for things like yellow fever. But the debate surrounding COVID is more high-tech, involving the creation of a system of digital certificates that will serve as proof of vaccination or immunity.

Airlines have been key agitators for the development of such schemes, with Qantas Airways CEO Alan Joyce describing proof of vaccination as a “necessity” for international travel. The tourism industry has also been supportive. In some countries, there are even discussions about whether digital proof of vaccination might be required to access bars and restaurants.

These proposals have generally been promoted as temporary measures to deal with the unprecedented challenges of a pandemic that make use of advances in technology.

This might all sound futuristic and efficient, but there is a broader context to consider. Certain governments need little encouragement to push such proposals because they are an extension of a general trend toward developing and entrenching systems of digital identity. Elizabeth M. Renieris, a technology and human rights fellow at Harvard University’s Carr Center for Human Rights Policy, defines digital identity to be “all of the systems and methods by which we identify ourselves through the use of digital tools,” in her detailed critique “What’s really at stake with vaccine passports” published by Center for International Governance Innovation on Apr. 5.

Digital identity proposals are often controversial, as they can serve as an extension of state surveillance programs, including when linked with social welfare programs.

Indeed, United Nations Special Rapporteur on extreme poverty and human rights has reported on the human rights risks associated with the digitization of the welfare state, which creates a situation where “citizens ever more visible to their governments, but not the other way around.”

Rather than presuming that vaccine passports will be temporary and exceptional to deal with the pandemic, Renieris argues that we should see them as part of a wider shift toward building an infrastructure of digital identity. Such systems rarely consider the rights of those they are imposed upon. If we permit this to happen, the risk is that “these schemes would shift power and normalize ubiquitous identification across many aspects of our lives,” adds Renieris.

These initiatives are often favored by nativist and ethno-nationalist political leaders, who gain traction by seeking to exclude and criminalize migrants. Indeed, vaccine passports may be the next method for governments to marginalize migrants and shirk their responsibilities to those fleeing persecution. The careless disregard for the rights of migrants shown by governments represents a future echo of similar treatment that might well await all of us.

Governments may be advancing their own agenda, but much of this is in partnership with vendors selling high-tech solutions to social problems. The border security market will be worth up to $68 billion by 2025, and the biometric systems market is set to double to $65.3 billion by 2024.

A recent report “Financing Border Wars” published by the Transnational Institute highlights the immense amounts of money shifting from governments to private providers in this field. The upshot may well be a two-tiered system of privileged travelers who move seamlessly across borders, and migrants who confront complex digital bureaucracies without rights or recourse. The tech industry is selling a vision of marginalization and discrimination under the cover of supposedly neutral technology, and governments are willing buyers.

The state of exception might be here to stay. Whatever politicians may say, it is unlikely that any initiative implemented in the context of the pandemic will be temporary, including militarized borders and vaccine passports. Indeed, there are obvious reasons for those in power to treat these changes as permanent, given that catastrophic climate change will see an increase of people moving across borders, which will be invariably tightened in response.

Nor will these regimes be imposed on migrants alone. Too many technology companies have a vested financial interest in upgrading the capacity of governments to surveil and manage their populations, even when such projects incentivize authoritarianism and undermine democratic traditions.

Vaccine passports, like so many public tech projects rolled out in response to the pandemic, need to be subject to careful scrutiny and strict limitations to avoid mission creep. The alignment of state authorities and a booming tech industry creates powerful momentum for significant digital innovations, and now is the time to consider whose interests are being served by them.

While documenting vaccinations will be an important part of overcoming the pandemic, we should be careful to prevent this laudable objective from being subsumed within a broader push to entrench expensive, high-tech surveillance infrastructure.