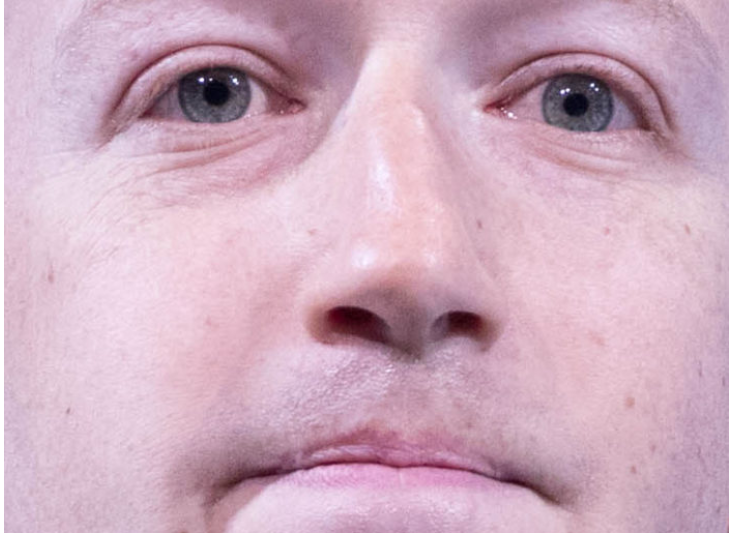 The rhetoric at Facebook—the largest social media platform in the world—is changing. In 2010, Mark Zuckerberg claimed that privacy was no longer a “social norm.” Today, the same man is asserting that “the future is private.” This was the buzz phrase at the company’s developer conference last month, F8, as the platform reoriented away from the newsfeed toward private chats, groups, and stories. Has Mark Zuckerberg been occupied by a parasitic fungus and become a zombie?

There is something stunning about this cultural shift in a corporation that holds such significant global power. It shows that when people speak up and agitate around privacy and data mining it can have a material effect. The idea that people don’t care about privacy, that they are willing to give it all away for the convenience of free services, has been debunked. Facebook specifically has been unable to ignore the waves of criticism it has experienced of late. The capitalist behemoths of the digital age often seem untouchable, and it is easy to forget that they operate in a social context. Like any powerful actor in society, Facebook is subject to the influence of organized people who will not shut up.

Nonetheless, it’s also important to be wary: savvy marketing is not the same as progress. The company is still fundamentally motivated by growth and profit. The presentations at F8 were focused on getting people onto Facebook-owned apps (including Instagram and WhatsApp) and building a sticky web around this engagement so they need never leave. You will shortly be able to buy things, find a date, even apply for a job—all directly through Facebook. Throughout these processes, Facebook will be able to grow its library of behavioral surplus, and in doing so, continue to expand its core business as the most effective and sophisticated supplier of advertising space in human history.

This context can help us better understand Zuckerberg’s privacy turn. Lest you feel uncomfortable about living more of your digital life through Facebook, they want to remind you that they are sufficiently forward thinking and benevolent to respect your privacy. As your adherence to the platform inches toward total, you can be sure the Facebook team is creating “a place where you are safe and supported.”

Well, sorry, Mark, your idea of privacy isn’t the same as mine. Privacy is too often framed in these discussions in highly superficial terms. It is about tinkering with the ways users engage with a platform as a matter of consumer choice. Mark wants you to be able to easily exclude people from seeing your messages and stories—unless that person happens to be him. This vision of privacy doesn’t hold any power because it does not challenge the definitive power framework for users of social media.

Privacy has necessarily become an expansive concept in the digital age, given the myriad ways in which technology occupies more of our personal spaces. To that end: the right to privacy includes the right to exist outside of the market. It is the right to enjoy spaces without feeling as though your presence is being used by marketers to predict your future.

In her recent book, Surveillance Capitalism, Shoshana Zuboff, writes about how these platform collect data and feed it into sophisticated algorithms, to be fabricated into prediction products that anticipate what you will do now, next, and later. Our participation becomes fodder for the “behavioral futures market,” and in turn, this has an influence on our psychology and sense of self. Private groups on Facebook might be slightly more comforting cyber spaces, but the essential topography remains the same. The fancy developer conferences and user products continue to be funded in a specific way. The logic of surveillance capitalism cannot be circumnavigated via a new company slogan. If anything, Zuckerberg’s privacy talk is an endorsement of this model. As Bernard Harcourt points out, “the watching works best not when it is internalized, but when it is absentmindedly forgotten.”

It need not be so: we can expropriate this moment. A better understanding of privacy will not be limited to design concepts generated by highly profitable social media platforms. It needs to encompass how privacy is an essential component of our agency as human beings. Agency, to be explored and expressed fully, requires that we have space outside the influence of capitalism—to have freedom from market forces seeking to manipulate our unconscious. Privacy demands that human emotions like shame, joy, guilt, and desire be explored without someone seeking to profit from the process without us noticing.

The unconscious exists as “neither individual nor collective,” writes the philosopher Mladen Dolar, but rather “precisely between the two, in the very establishment of the ties between an individual (becoming a subject) and a group to which s/he would belong.” In other words, there is a dialectic process at play between the social forces that shape us and our own personality. The baron capitalists of the data era seek to monetize this space—the right to privacy is the theoretical foundation for resistance. We need to elevate privacy to its full rhetorical potential, and recognize how it is both paradoxically individual and collective, and is defined not by consumer choice but agency. And privacy is therefore something that Facebook cannot offer—unless the company is prepared to change their entire business model.